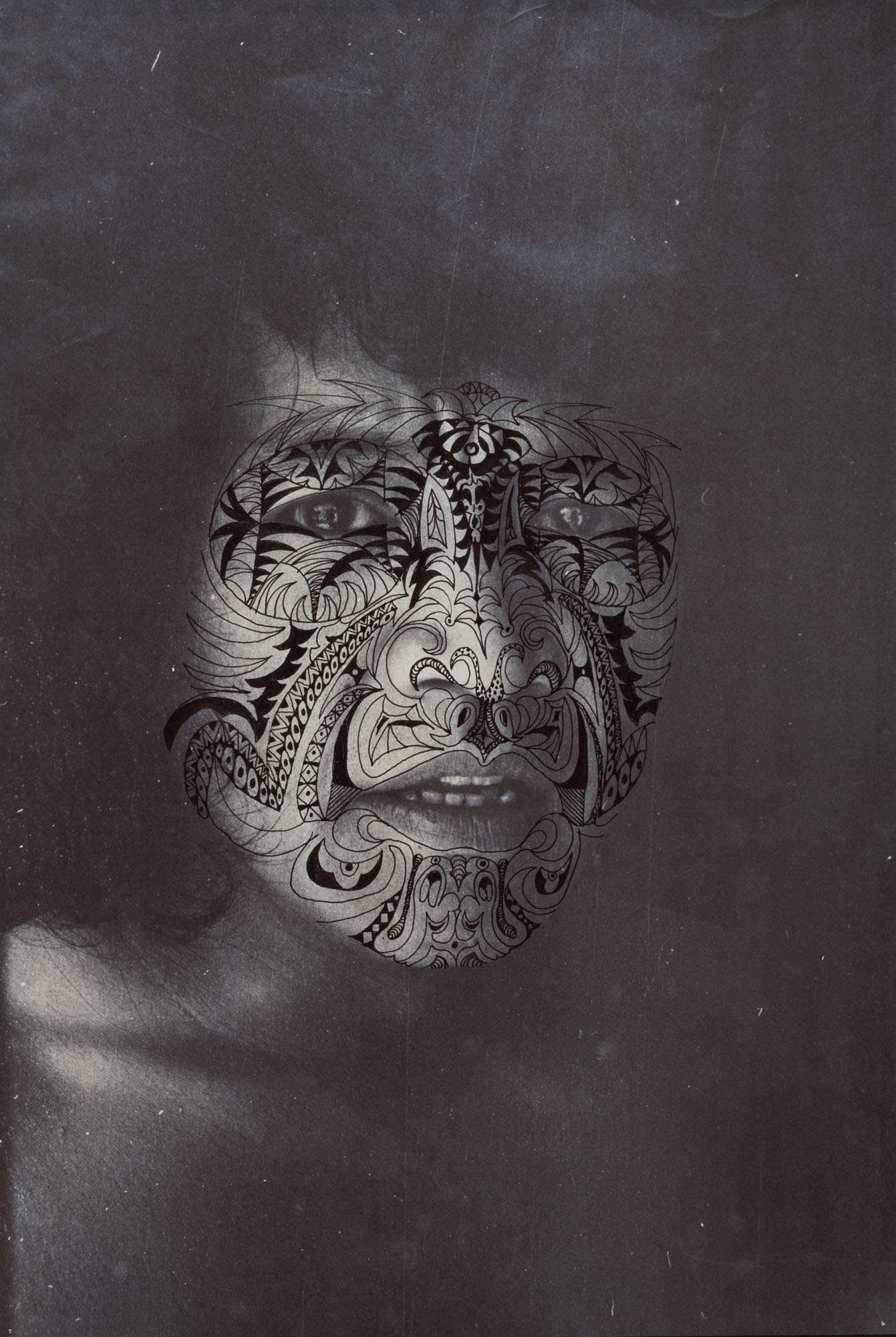 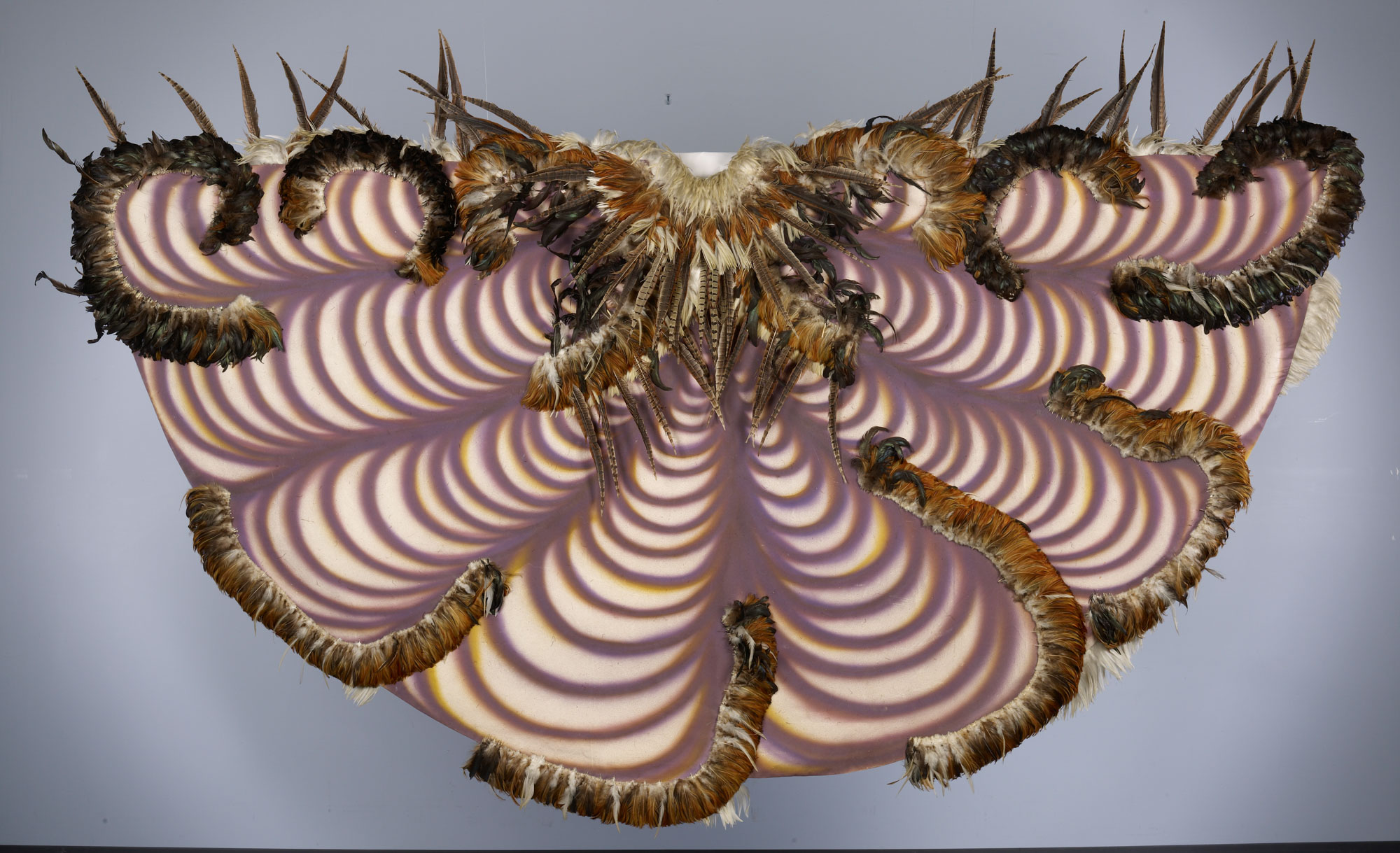 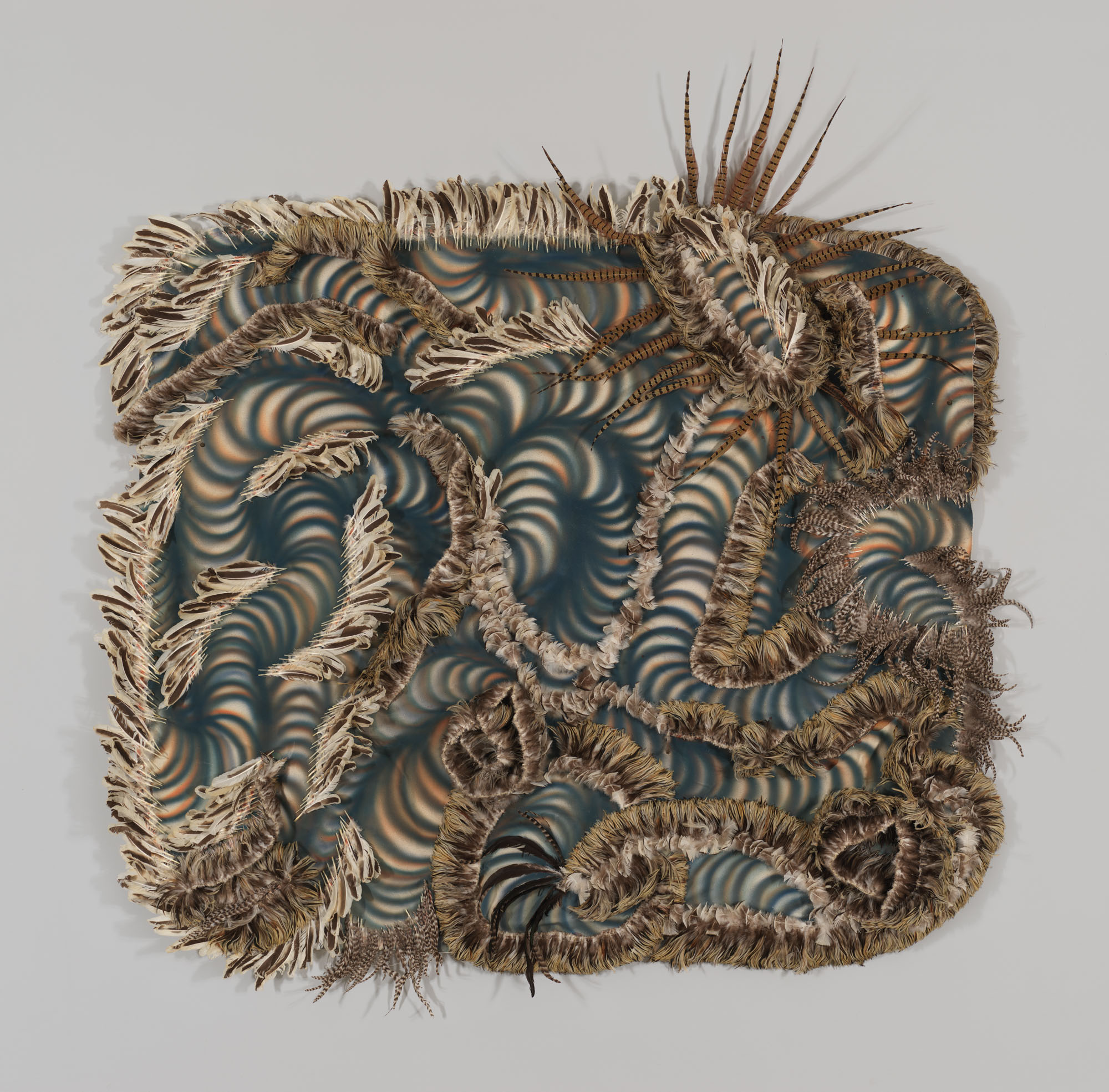 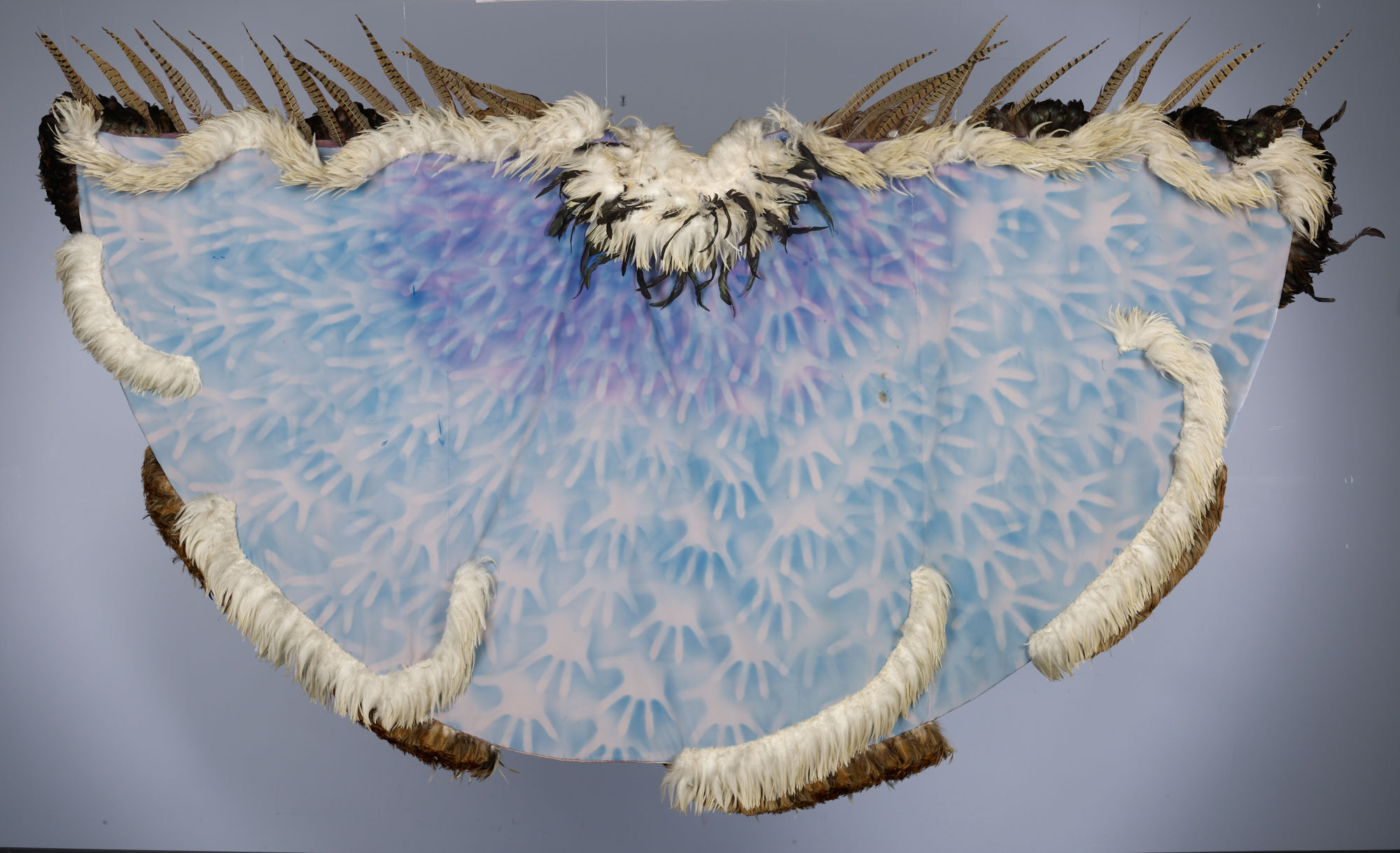 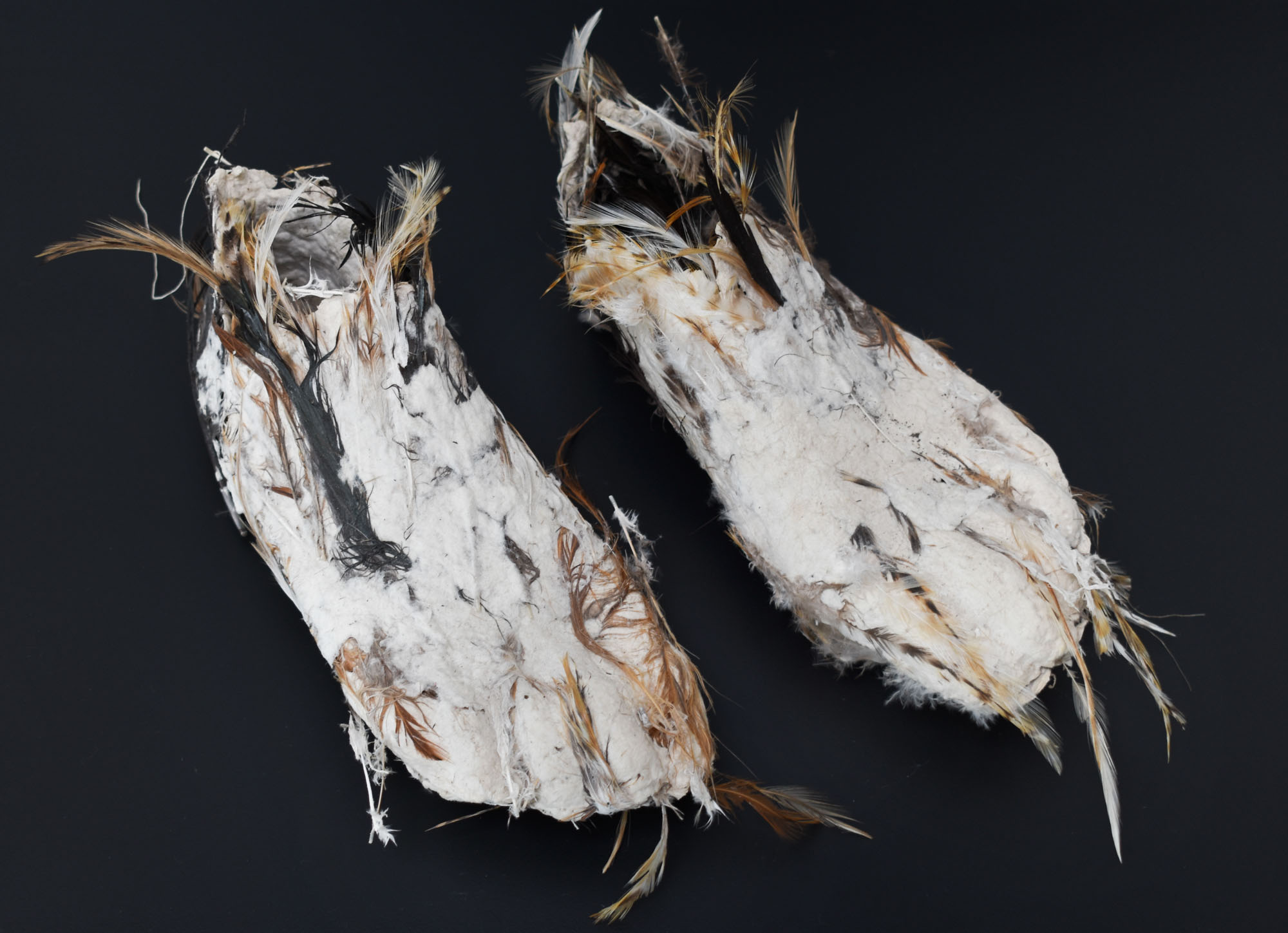 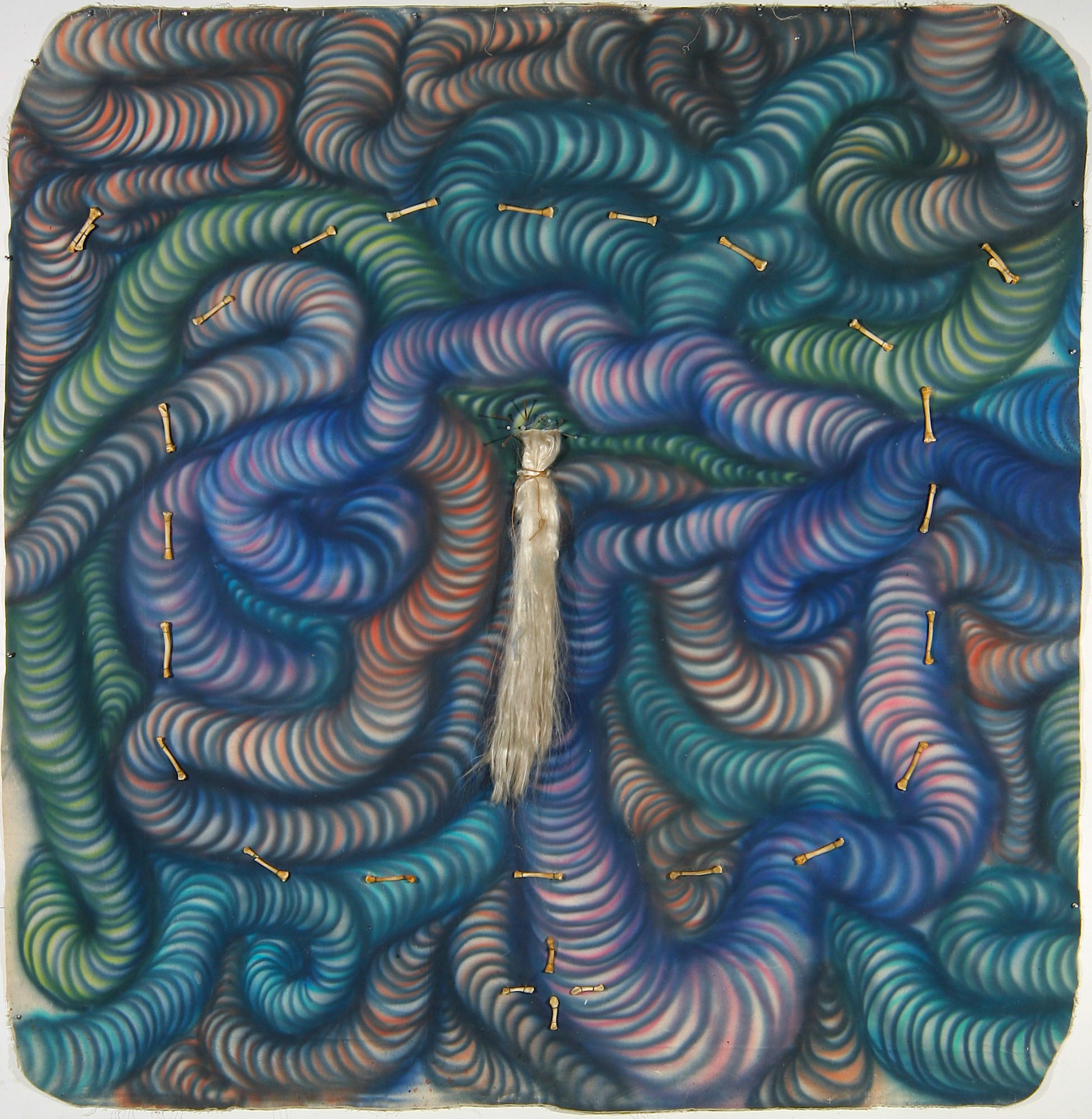 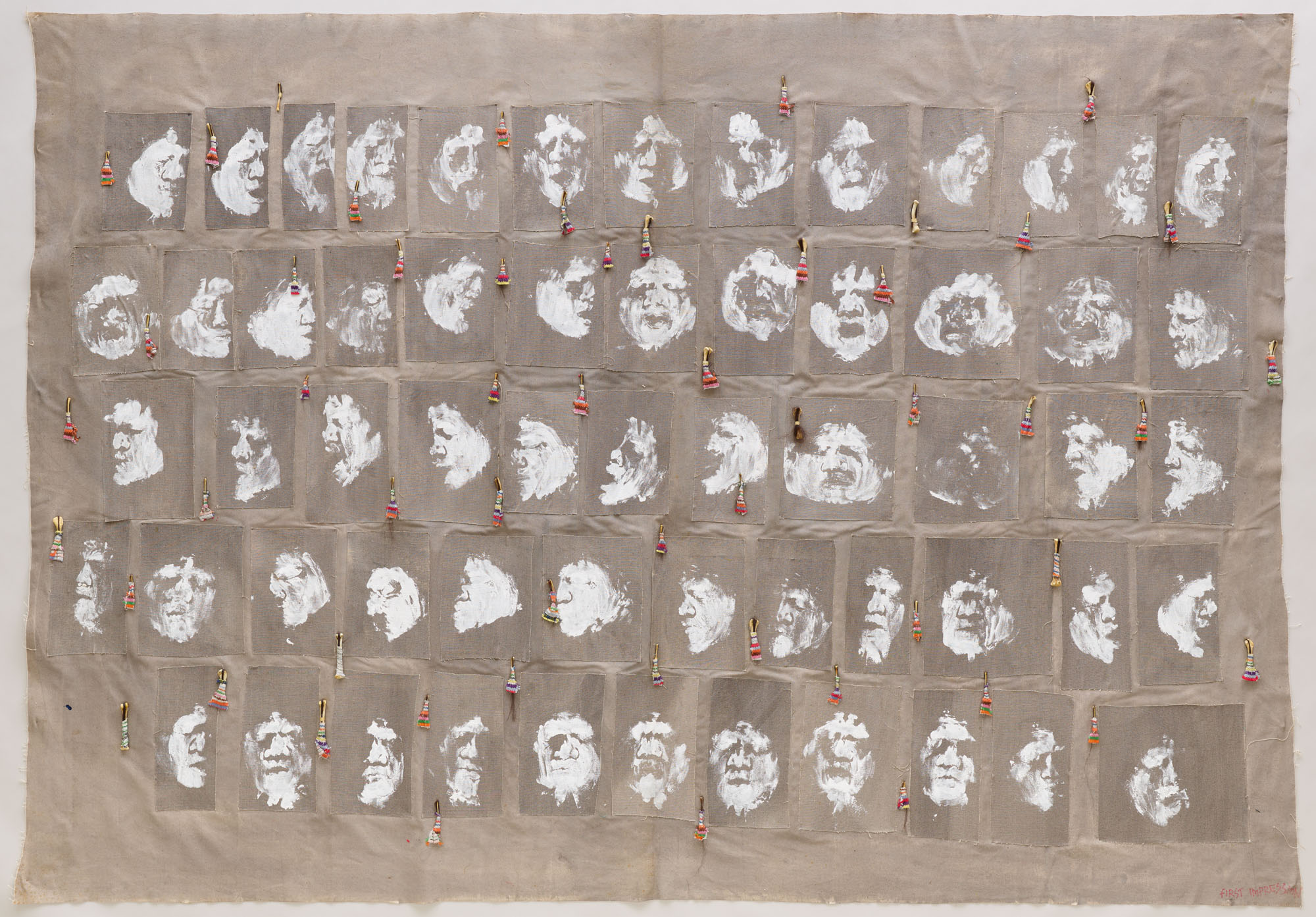 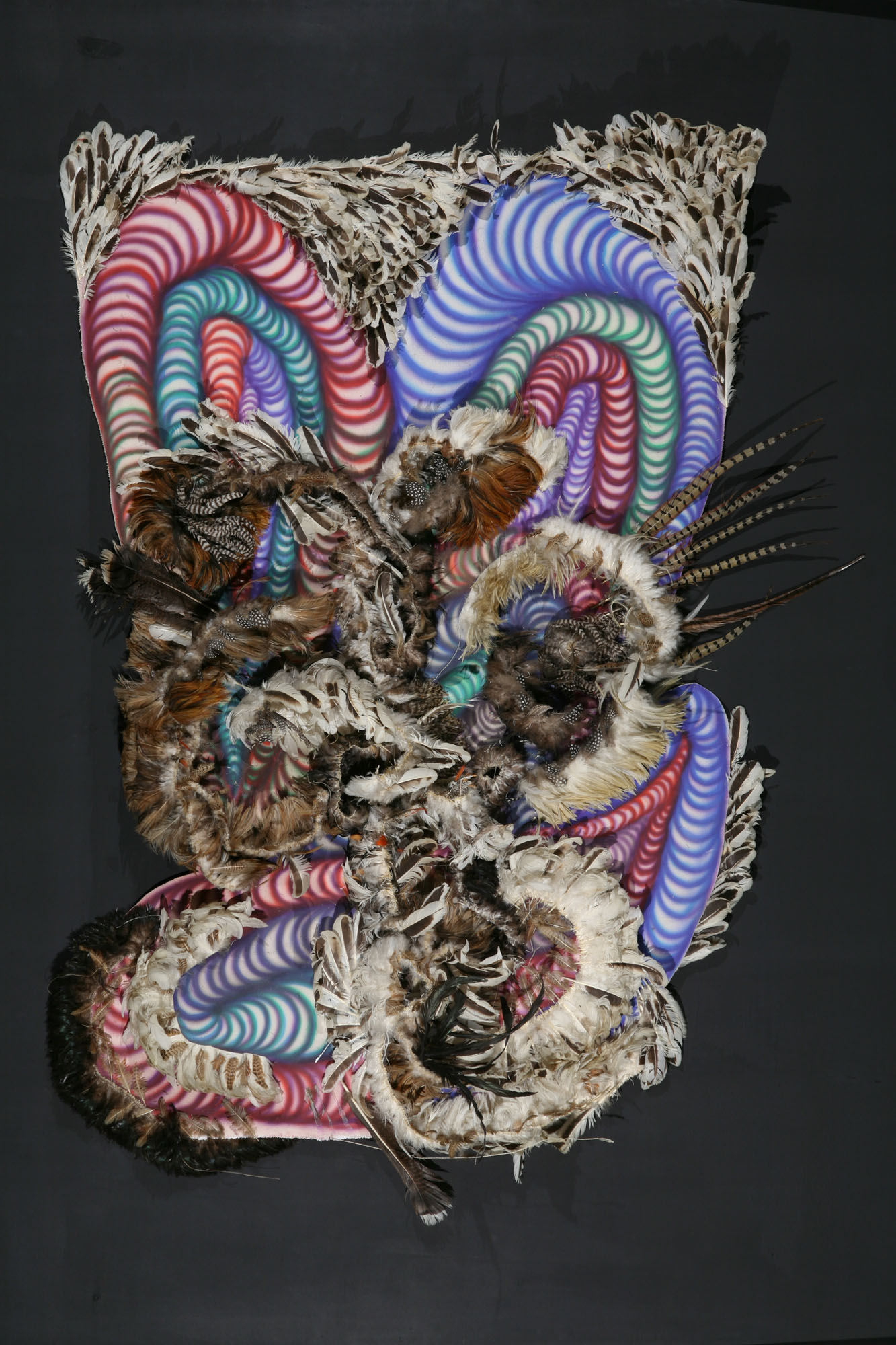 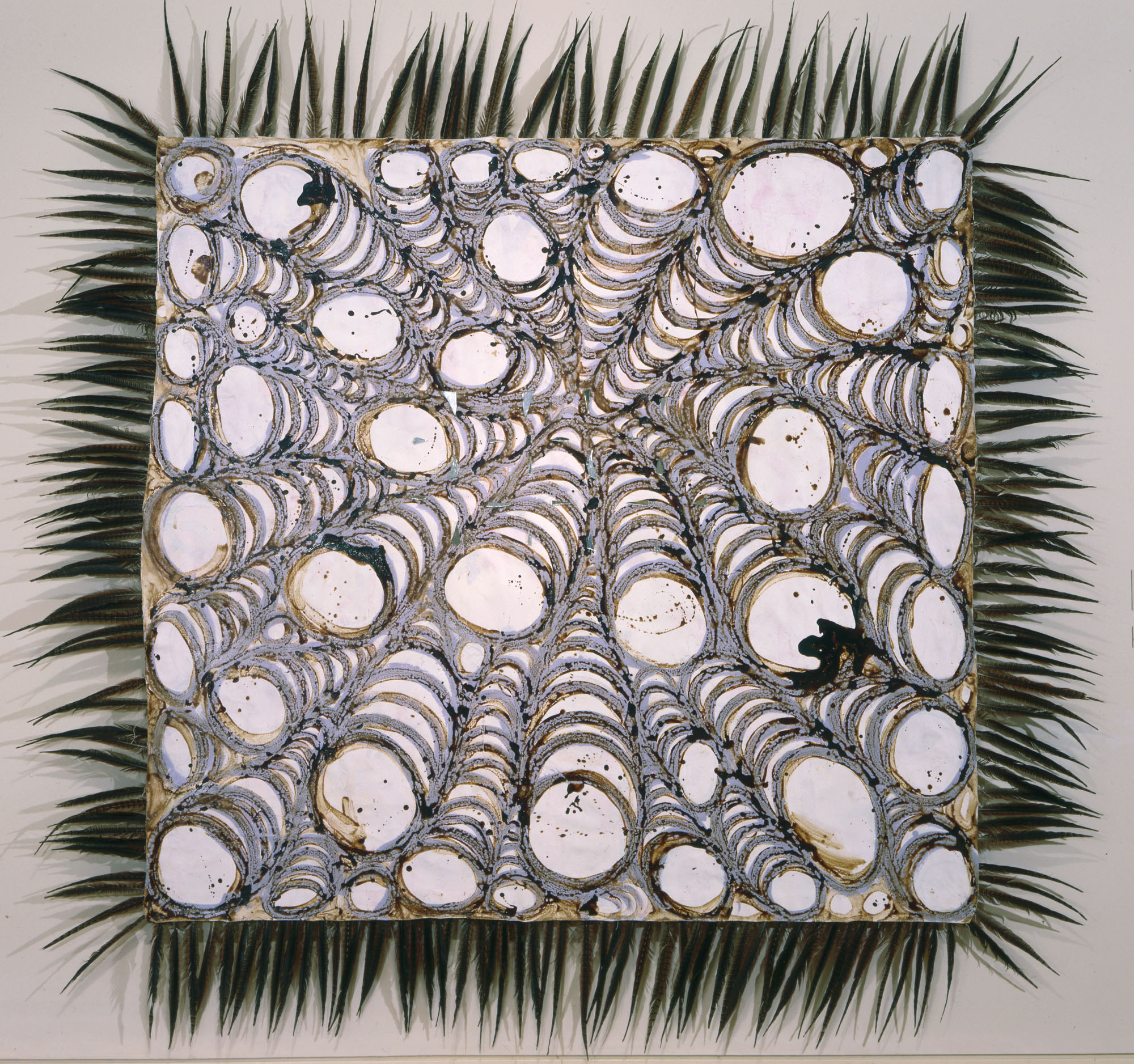 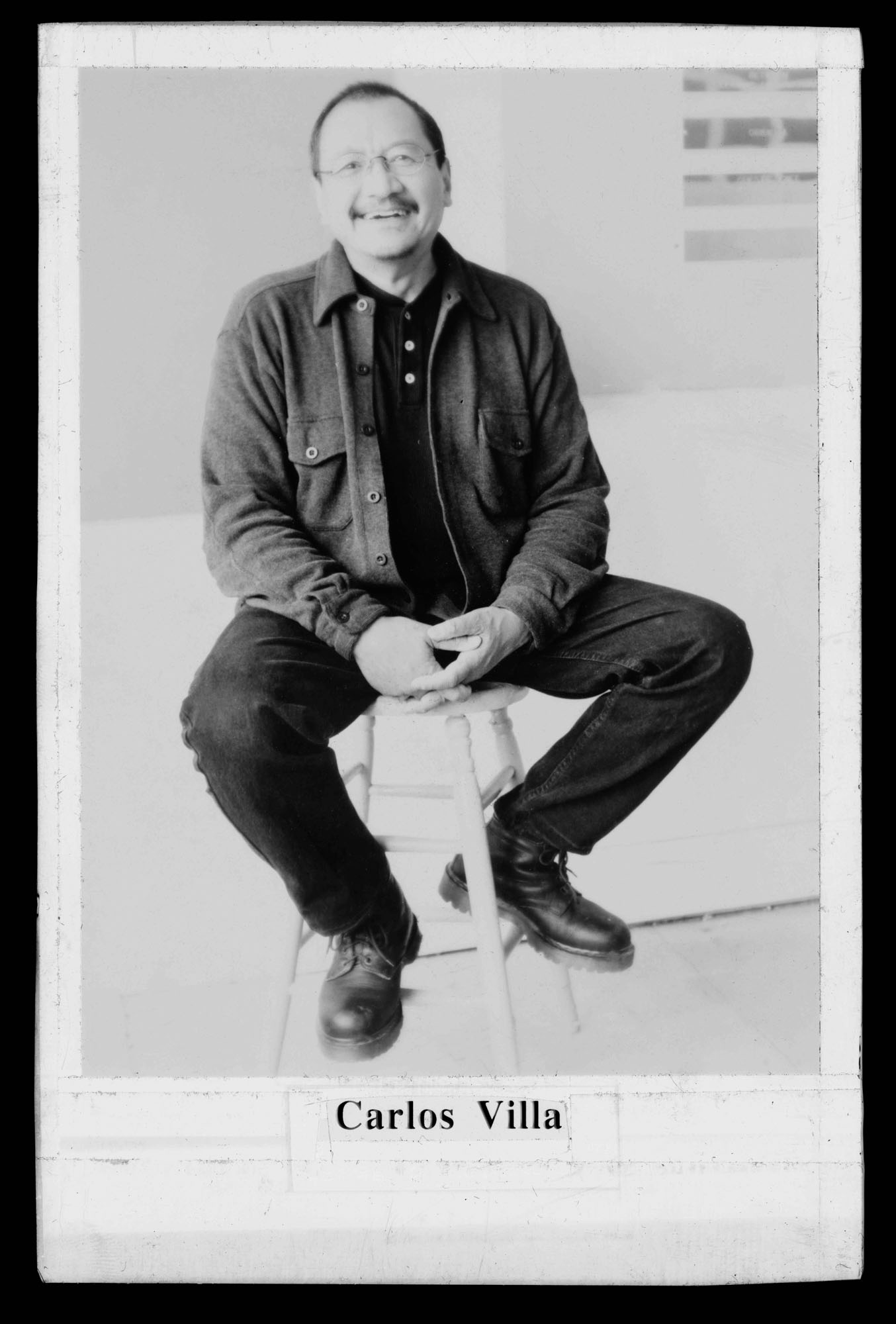 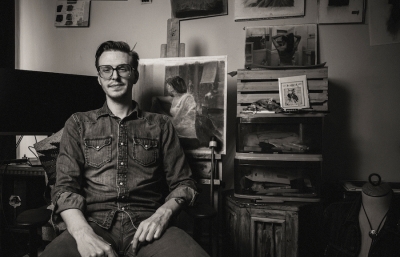 Mercy of the Mundane: An Interview with Zachary Oldenkamp 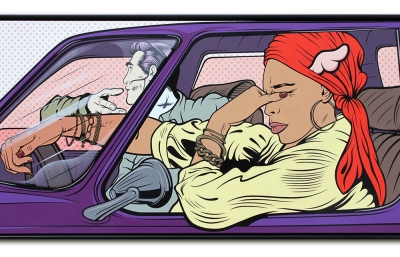 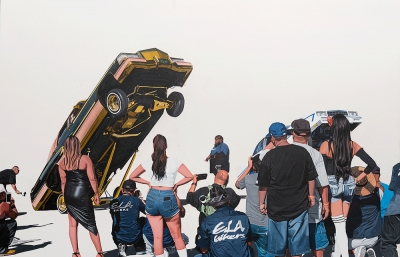 Cruise Night 2: The Perez Brothers Are Immersed in LA 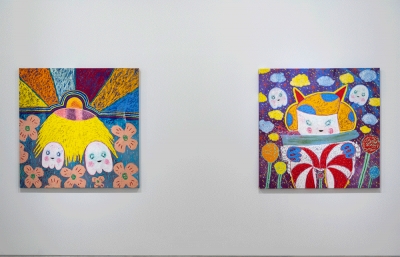 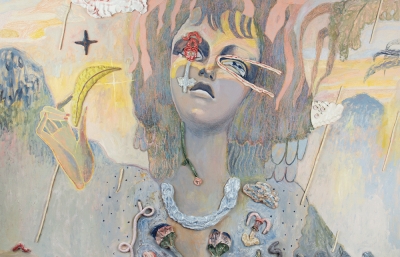 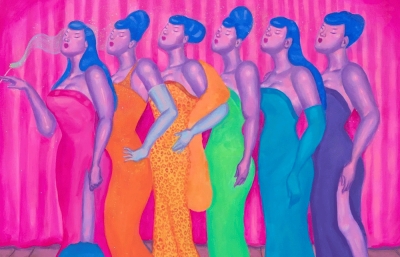 The first major museum retrospective of Filipino American artist Carlos Villa opened last week at San Francisco's Asian Art Museum. Carlos Villa: Worlds in Collision celebrates the transformational and groundbreaking work of an artist, teacher, curator, and activist who broadened the horizons of 20th-century modernism and influenced a whole new generation of artists. After early success as a minimalist in New York, Villa returned home to San Francisco where his search for personal and aesthetic meaning in his own Filipino heritage and global indigenous cultures led him to develop an original and expansive approach to art and the role of the artist.

Mesmerizing airbrushed patterns, feathers, photographs, capes, masks, bones, and tattoos adorn the walls of the museum, showcasing Villa's experimentations with combining the techniques of Western painting with materials and forms of non-Western art. By connecting the various traditions, Villa was able to explore his own identity and position himself and his work within a larger cross-cultural lineage and community. There is no question Villa's commitment to grassroots activism and to building a foundation for future generations of Asian American and other diasporic artists to build upon had a deep impact on the art world and the lives of the artists he mentored, taught, and supported.

As part of the exhibition at the Asian Art Museum, the work of select Filipino Amerian artists that Villa mentored during his 40 years as a professor at the San Francisco Art Institute is also on display. This includes Michael Arcega in collaboration with Paolo Asuncion; Lian Ladia in collaboration with Sherwin Rio; Paul Pfeiffer; and the trio of Eliza O. Barrios, Reanne Estrada, and Jenifer K Wofford, as artist collective, the Mail Order Brides/M.O.B.

A concurrent exhibition across the street at the San Francisco Arts Commission, Carlos Villa: Roots and Reinvention, will highlight Villa’s art from the 1980s and 1990s, a period of reinvention for Villa, presenting Villa’s practice at a turning point as he began to shift away from the large abstract paintings and feather-based works that he became known for, to pieces that delve into the history of Filipinos in the U.S., what it means to be a part of a diaspora and his own family archives.