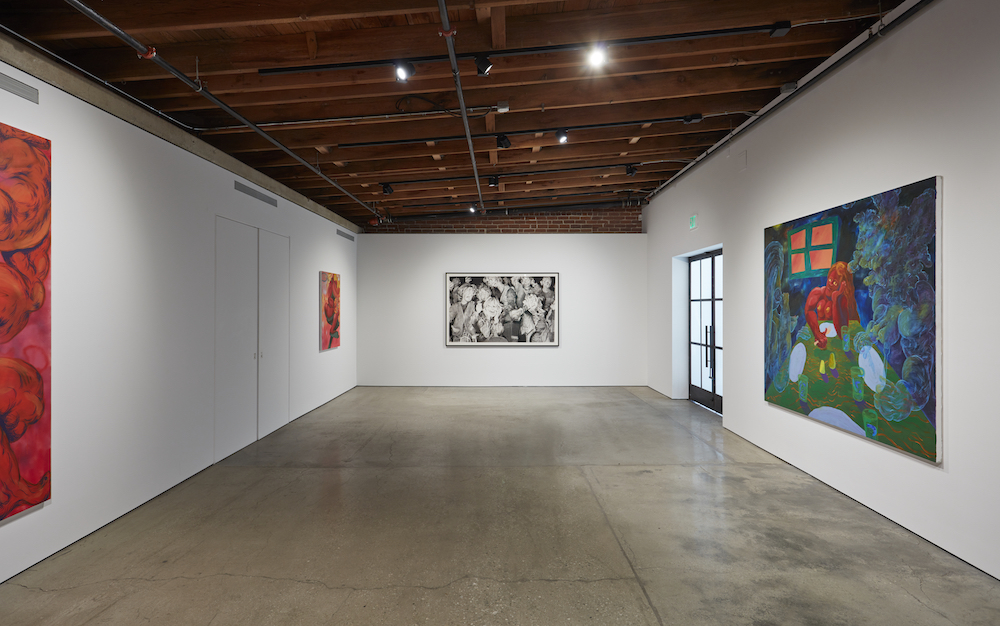 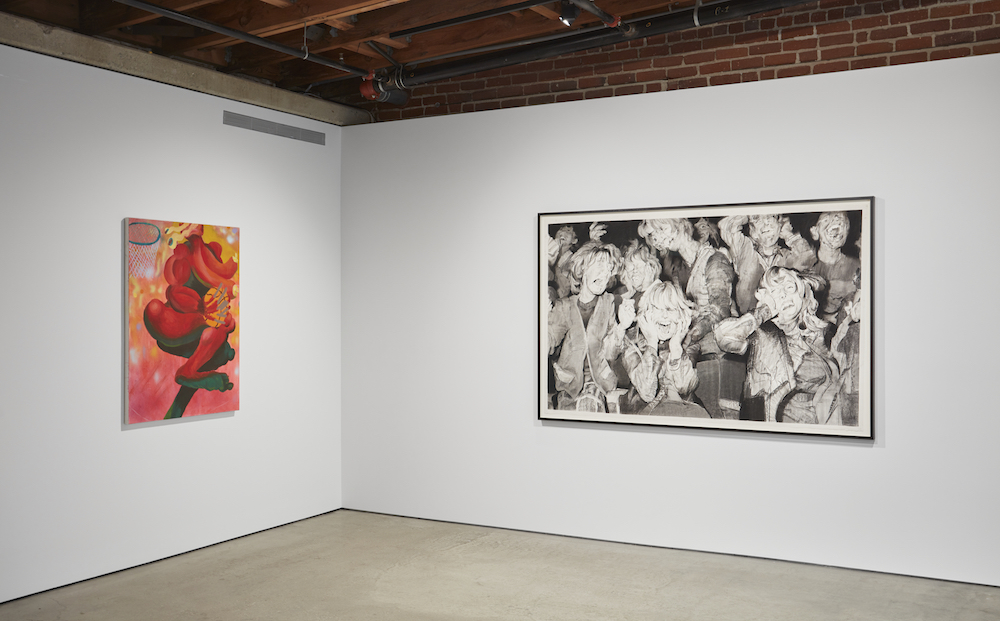 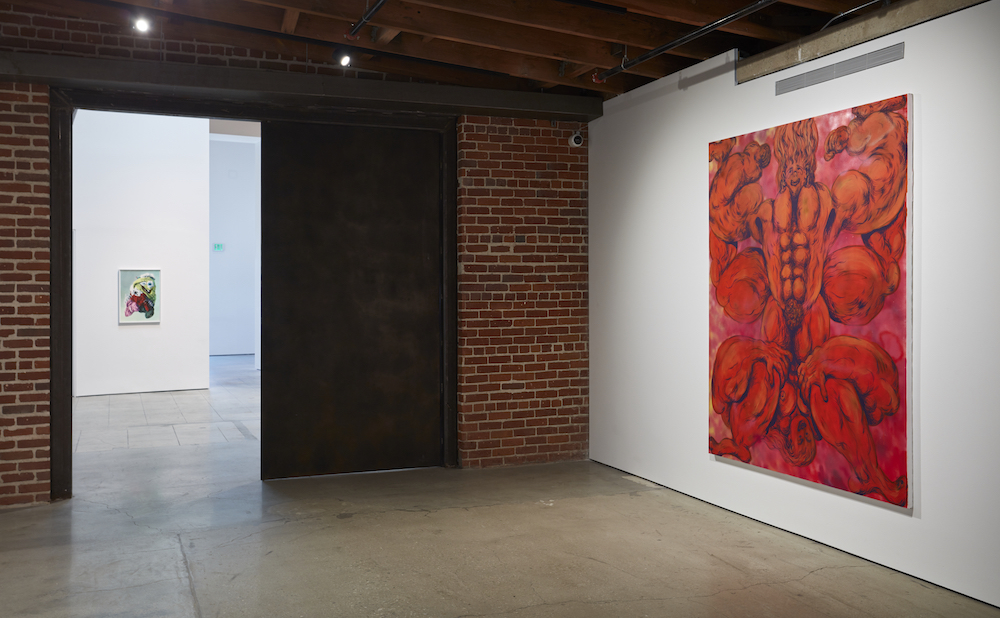 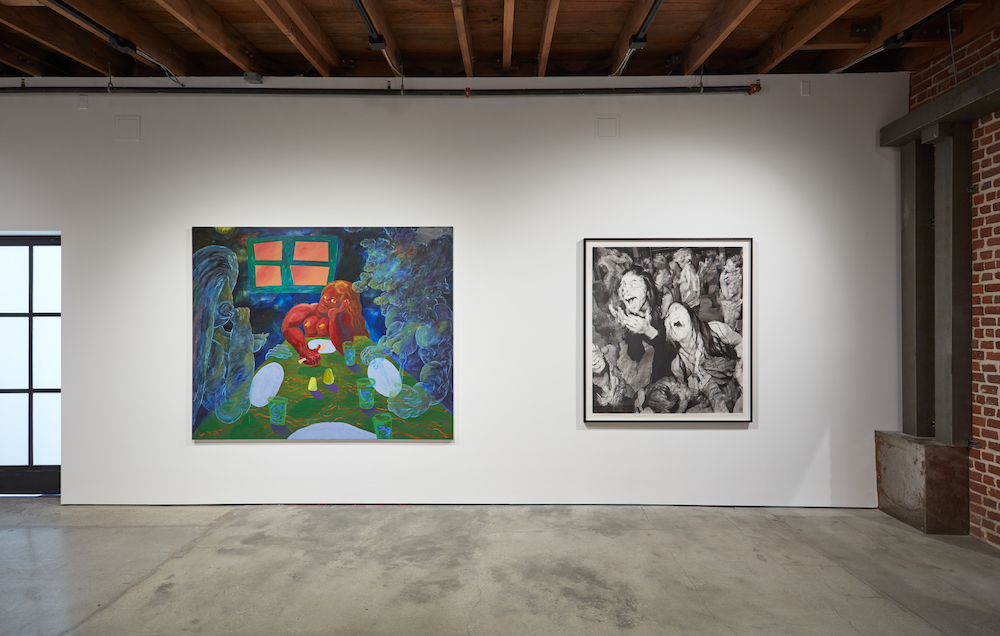 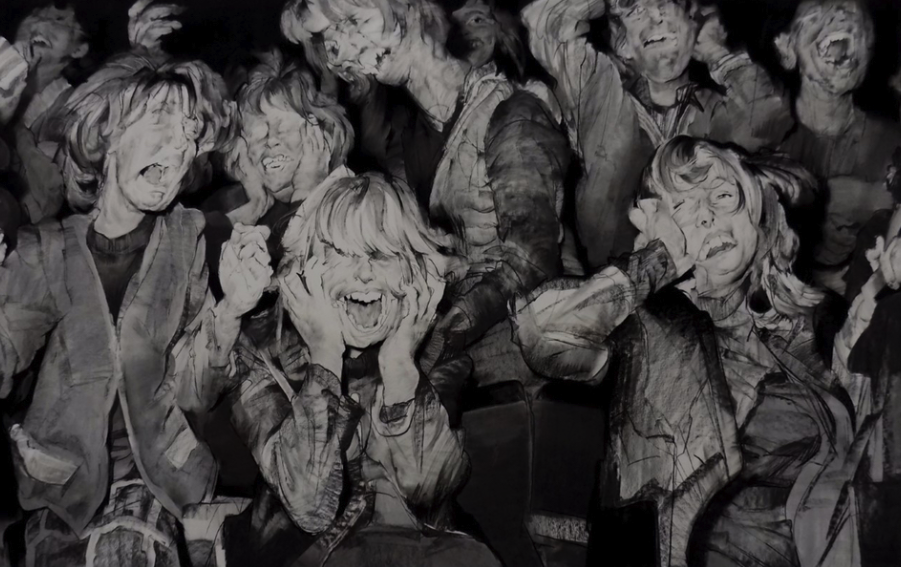 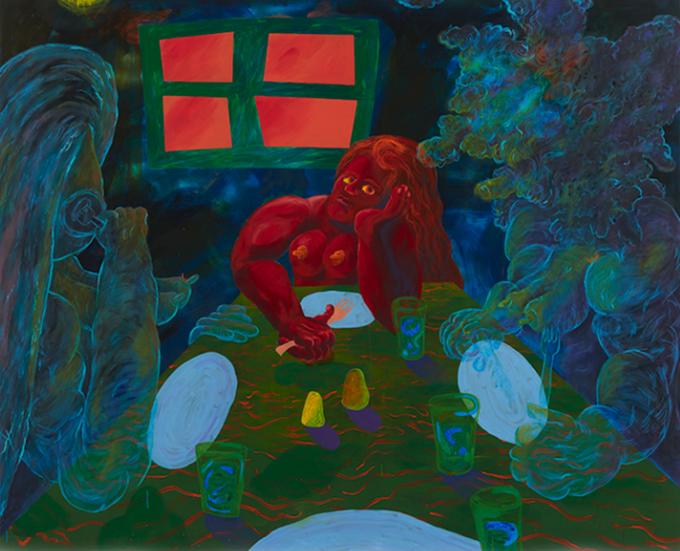 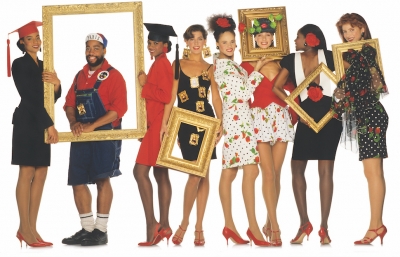 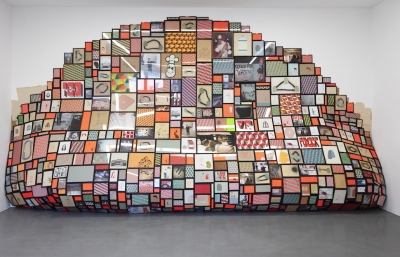 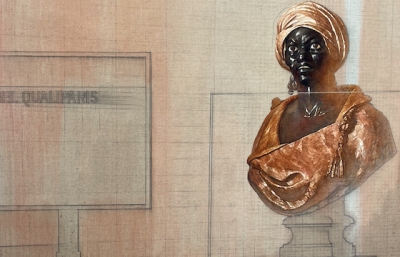 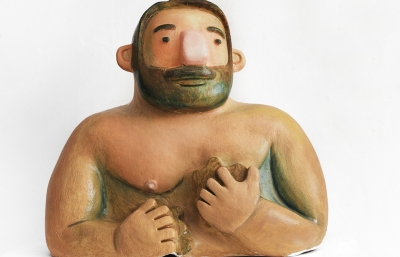 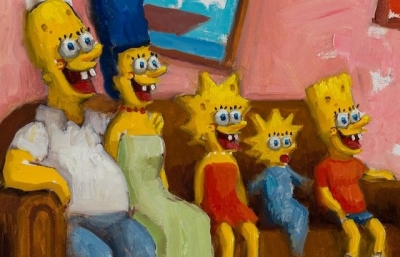 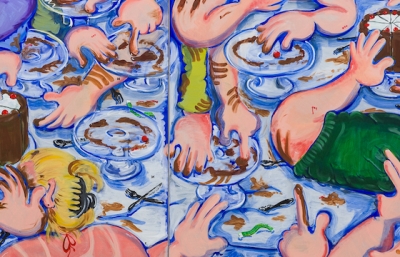 We've been following both Ana and Anna for a good part of this year, and now they share equal billing at Two First Names, currently on view at Over the Influence, Los Angeles. Ana Benaroya formerly featured on Juxtapoz and a Yale MFA alumna, joins Anna Park, a recent interview, who is finishing school at New York Academy of Arts. Both create dynamic work we enjoy covering, but with an originality that is now igniting the fine art world.

Benaroya's subjects, in their caricatured distortions, almost recall Nickelodeon cartoons on steroids. Whether playing baseball in still-life repose, their oversized bodies may look out of place. As OTI notes, "Benaroya depicts these mighty figures as extensions of her own body, constantly pushing the physical and emotional limits that rival not only the physical strength but also the sexual aptitude commonly associated with masculinity or men."

Park examines what she calls "the moment right in between pure fuckery, debauchery, and ecstasy." Her works, composed of found imagery and arranged into intriguing scenarios, elicit those moments where an outside observer enjoys a bit of guilty pleasure observing the debauchery that just might play out. Done in black and white, she produces almost nostalgic, distant tableaus heightening the timelessness viewing pleasure.