Texas Is the Reason: The Mavericks of Lone Star Punk by Pat Blashill

Texas does things its own way, and that includes punk. Skate rockers like the Big Boys, LSDemons the Butthole Surfers, blues-steeped Poison 13, relentlessly pounding Jesus Lizard—they all had their own way of doing things. Pat Blashill was there, right time, right place, with great timing and composure, to capture indelible images of the bands and the punk scene in Austin—starkly juxtaposed with images of a Klan rally and the rigidity of a Republican convention. 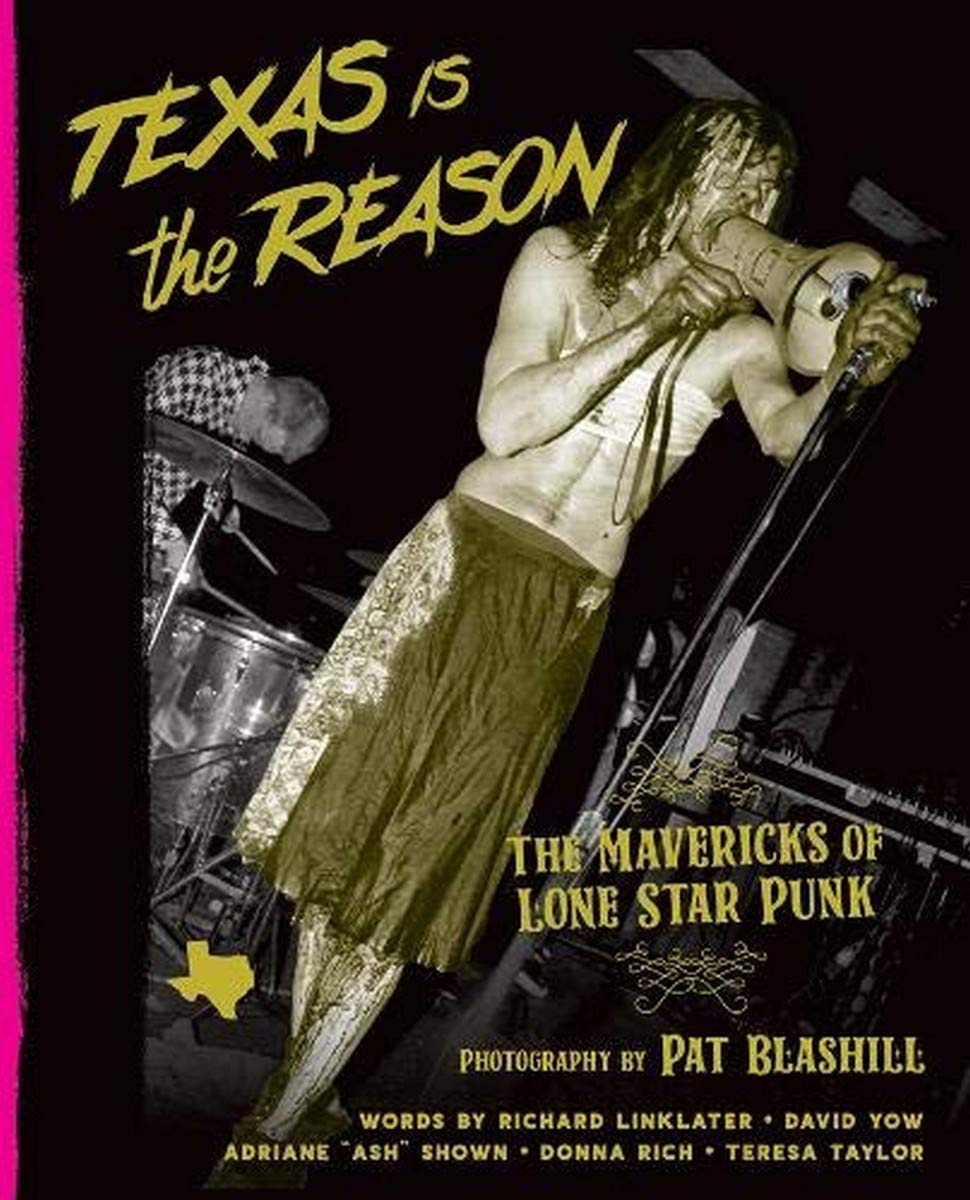 Texas is the Reason compiles his work from the late ’70s through the ’80s and includes some touring bands (Devo! The Misfits!), some forefathers (Roky Erickson!) and testimonials from David Yow, Richard Linklater, and others. The live show photos are vivid, capturing punk when it pulsated with a spark of menace. But, being Austin, it could equally be just having a blast and goofing off with the Big Boys, who at the end of their shows encouraged the crowd to “go start your own band.” The photos of the “scene”—in cheap apartments, on the street, spiking hair in the bathroom—as well as the shots of the crowd capture the vitality of the Austin scene. It was like no other, but shared recognizable elements with others around the country—including the disdain of the staid squares who made up the bulk of the gawking population. —Wez Lundry