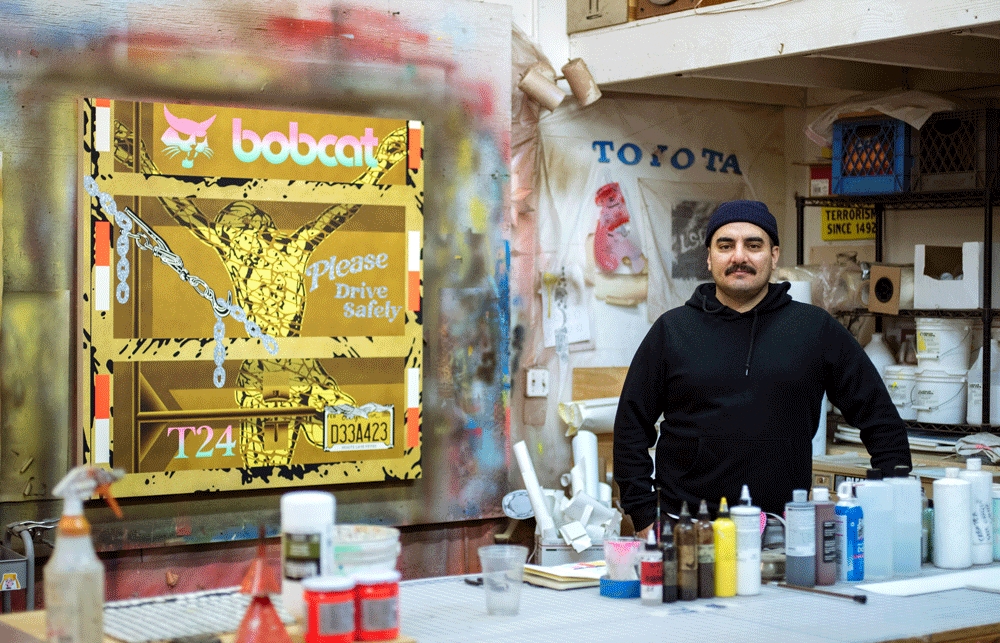 Pomona, California, situated east of downtown Los Angeles, between the San Gabriel and San Bernardino Mountains, in what was once known as the citrus triangle, is a bit of a gateway into the Inland Empire. It suggests the perfect cinematic backdrop for stories about cars, freeways and commutes, its university campuses and sprawling city plan buzzing with the hallmarks of motion to and fro. Jaime Muñoz calls Pomona home, and throughout his career, this intrigue with commutes and cars as symbols and inspiration, has created intricate and layered acrylic and airbrush paintings that present the panoramic culture clashes that exist in the fabric of southern California iconography. His work often examines the vehicle as a symbol for class and race, function and support. Emerging from UCLA to the studio of Chris Burden, and now enjoying a burgeoning and blossoming fine art career, Muñoz found time, after a trip to EXPO Chicago, to chat with me over the course of a few weeks in Pomona. He shares a broad, nuanced view of the sprawling span of California’s rich history.