A weekly segment on our platform, Juxtapoz Sound and Vision, explores a piece of substantial album artwork every Sunday. One of the primary ways that musicians and visual artists collaborate, many popular album covers become iconic pieces of pop art. They're also a great excuse for us to share some favorite albums and the visual components that make an album memorable. 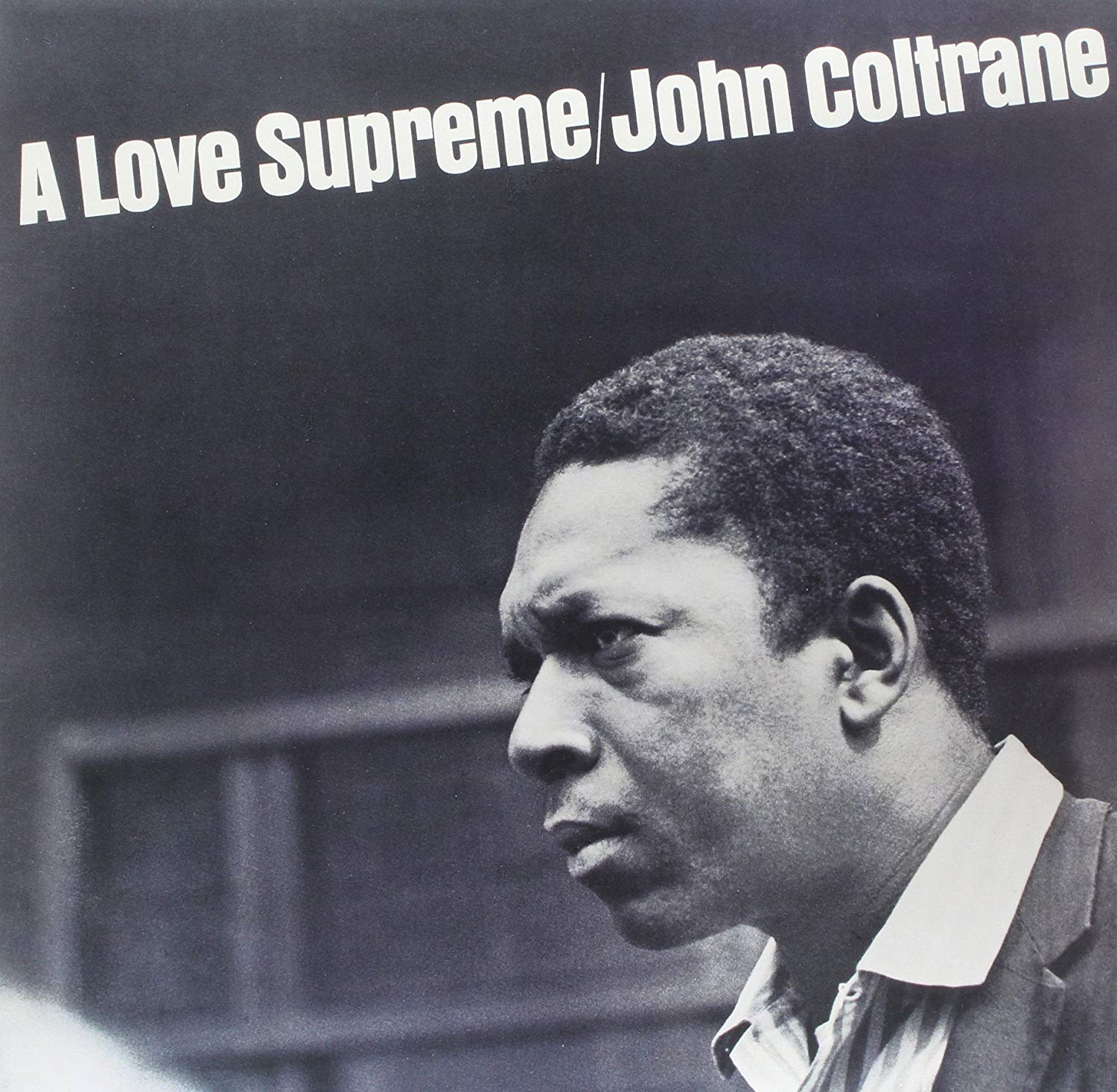 After a bit of a 'Sound and Vision' hiatus, we're back with what many would consider one of the greatest Jazz albums, if not greatest music recording of the 20th Century, John Coltrane's 1965 masterwork, A Love Supreme. This is tricky in terms of cover art: George Gray did the design and album producer Bob Thiele took the photo, but what strikes a chord is the meaning of the album in the music pantheon. By 1964, when this was recorded, Coltrane was emerging as one of the great bandleaders and writers in Jazz, but after years of drug and alcohol battles, it was his spiritual devotion and newfound faith in God that gave Coltrane a new path in his writing.

Despite failed attempts as far back as 1957 to clean up his life, it wasn't until 1964 that he hunkered down at his home to begin writing his magnum opus, one of the magical times where talent, ideas, and soul hit an artistic apex. That A Love Supreme was recorded on a single day, on December 9, 1964, at the Van Gelder Studio, Englewood Cliffs, New Jersey, aptly culminates in a 4-part, mystical ode to his faith. By the time Jimmy Garrison's iconic four-note bassline backs Coltrane's chant of an "a-love-supreme, a-love-supreme," it is a testament to a personal story of salvation, and you are the witness.

But the cover. IWith utter simplicity producer Bob Thiele's photo captures all the intensity and power of Coltrane at this point in his career. Determined, set free to soar, he and his quartet were at the peak of their powers, making their best music to date. Coltrane remains one an elusive enigma of music, much like Hendrix, you almost wonder, "did they really exist?" The power from his saxophone, like three-people playing at once, was never to be duplicated. And in A Love Supreme, we find the ultimate sound of personal serenity.