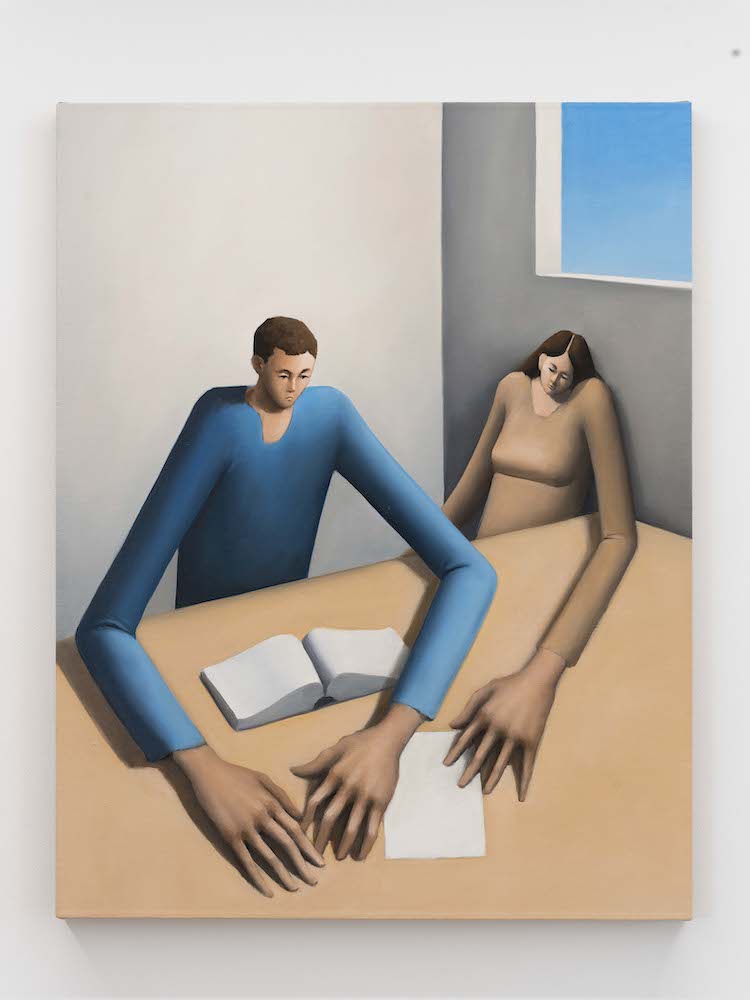 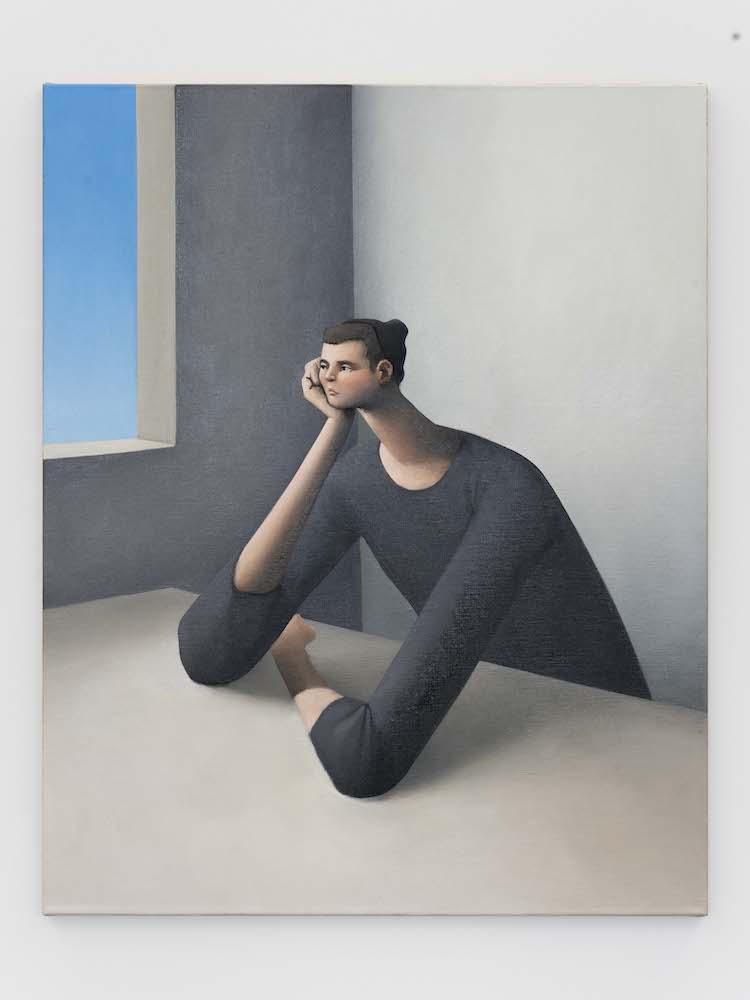 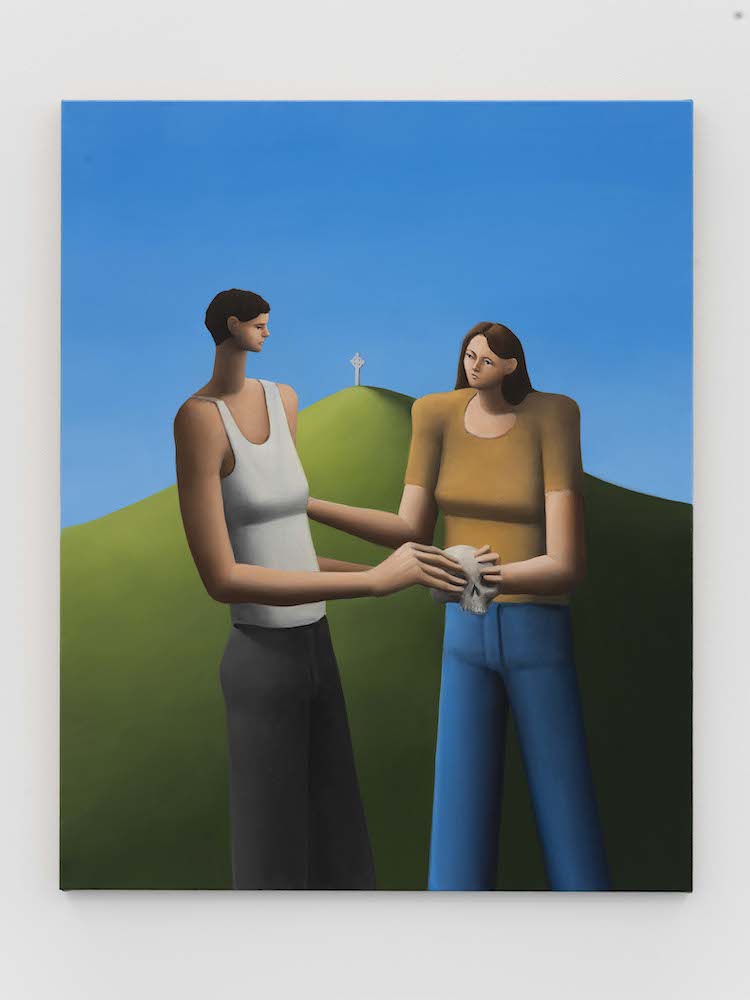 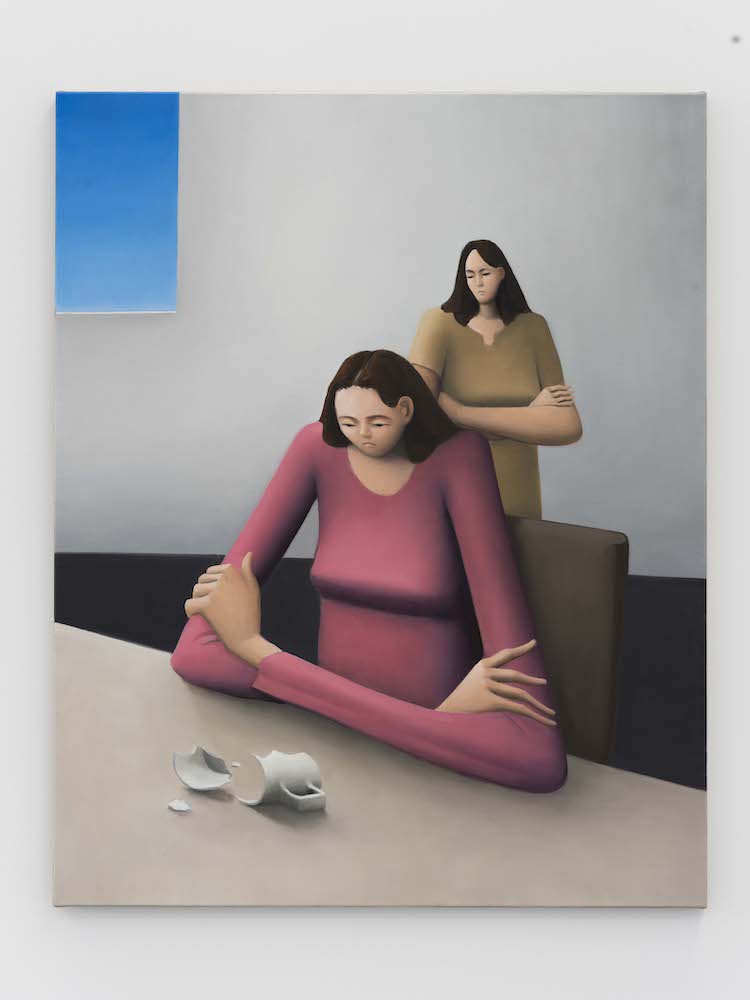 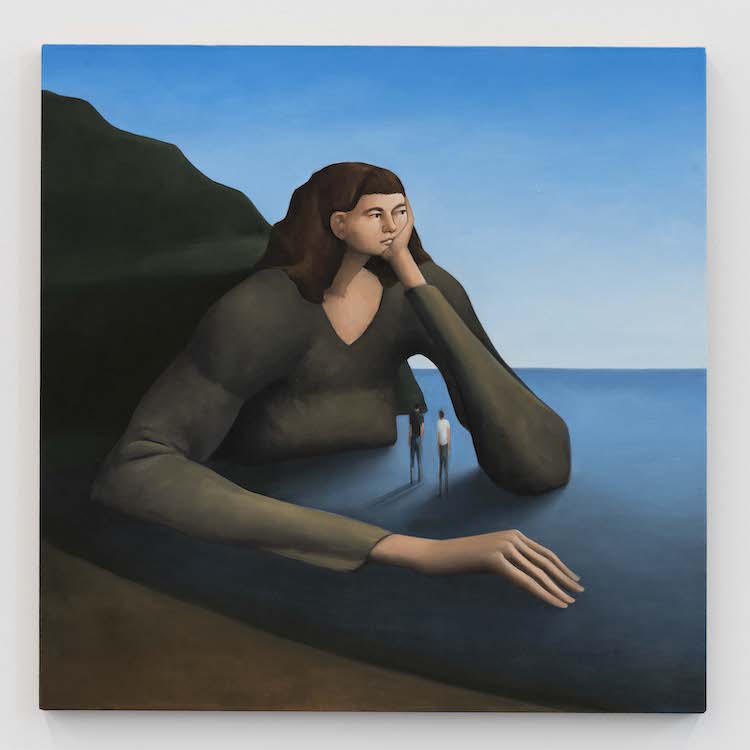 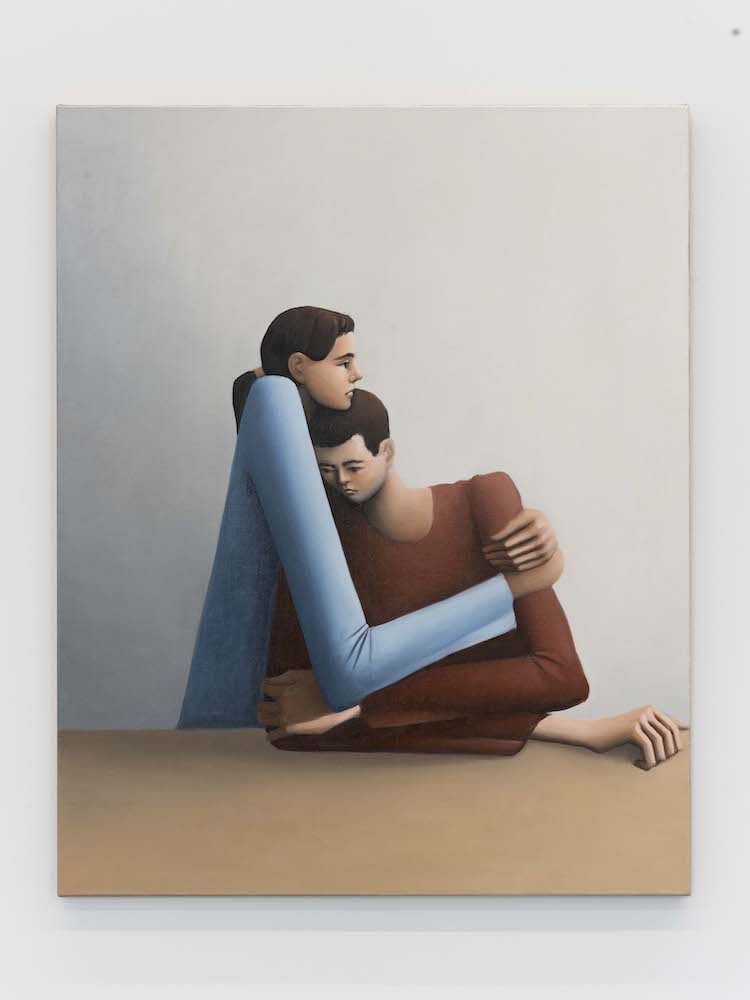 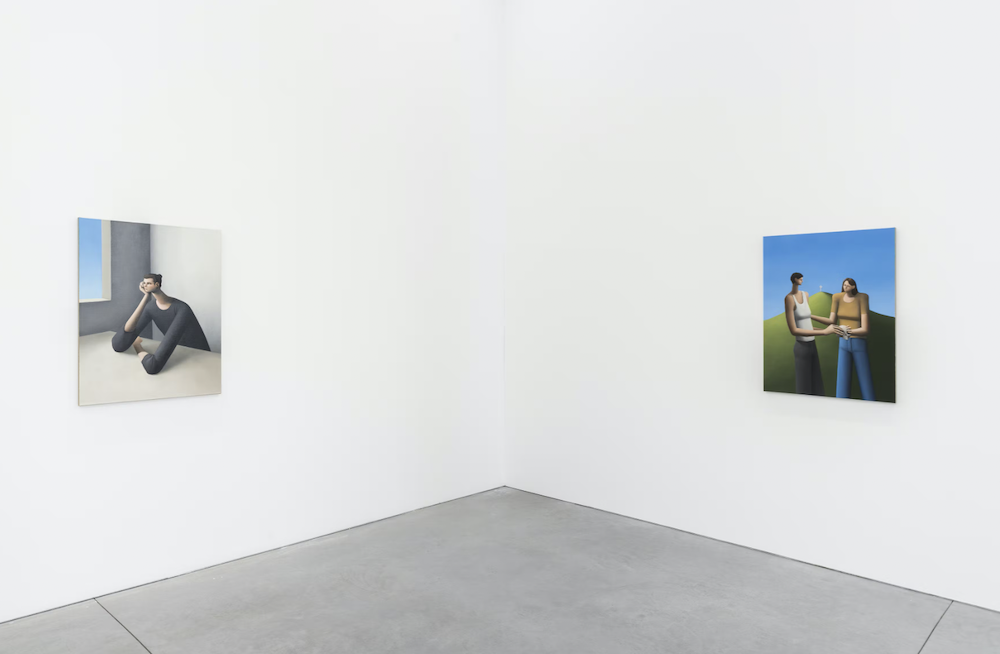 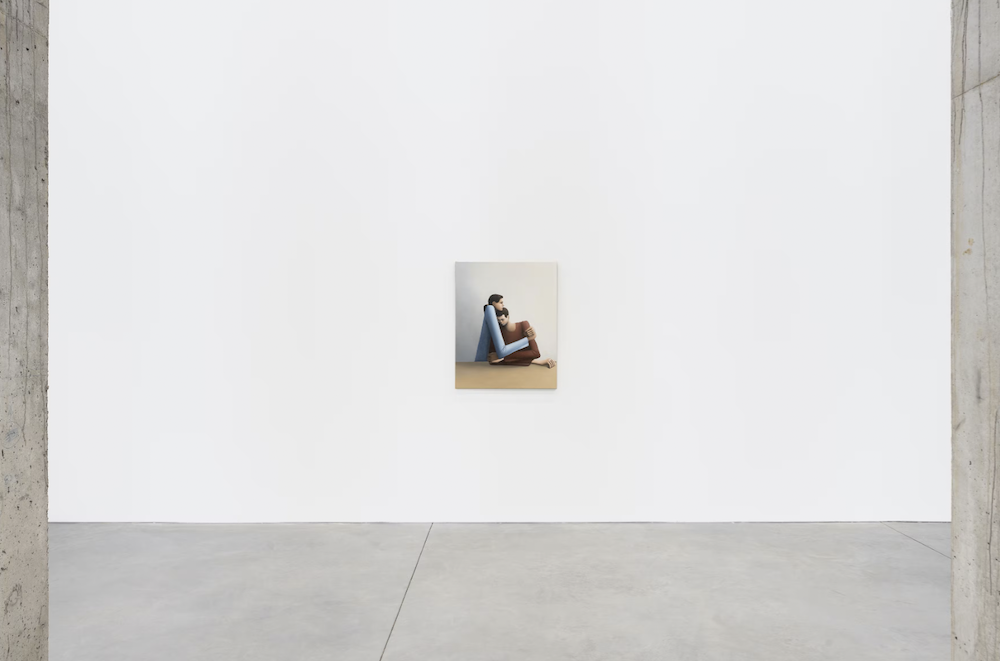 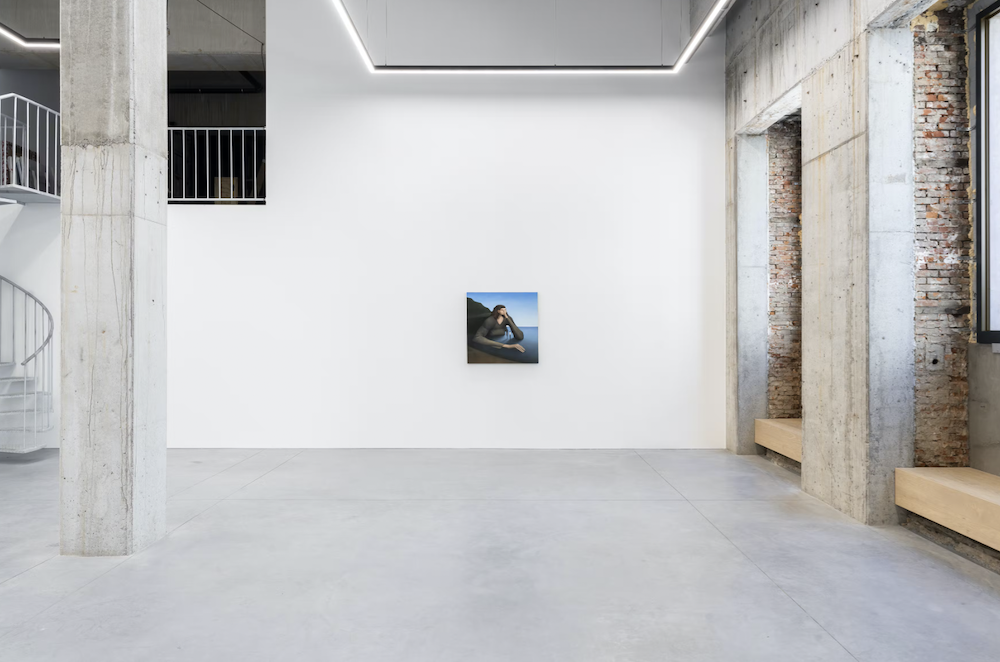 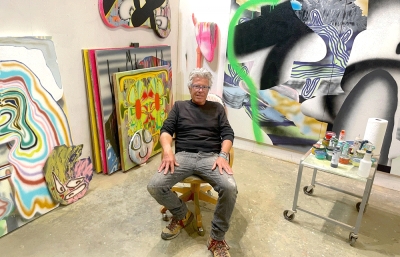 Terry Hoff is "nOkay" in Oakland 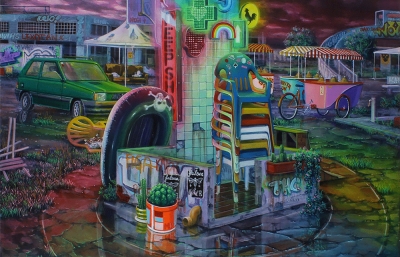 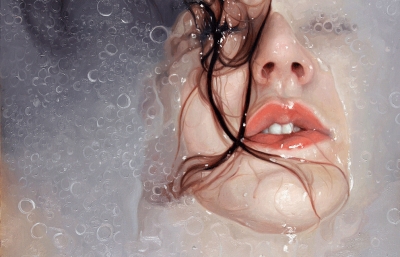 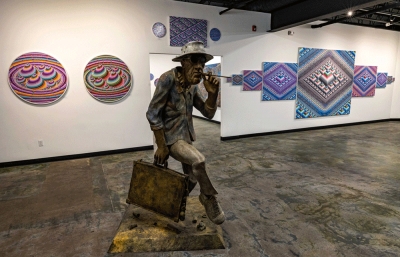 The "Limit Sequence" by Colin Prahl @ The Chambers Project 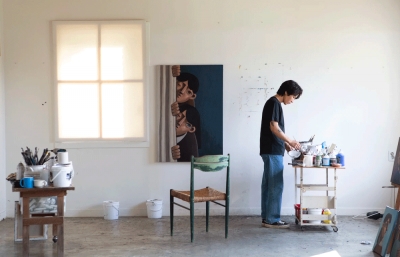 The "Normal Life" According to Heesoo Kim 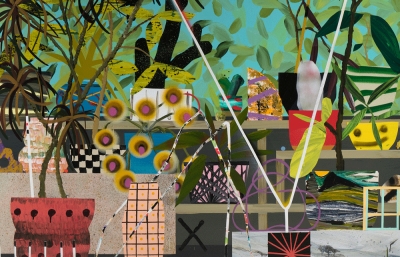 Though Tony Toscani is a Brooklyn-based painter the kind of isolation and dissociative malaise his paintings depict will be familiar to all. Toscani is a painter of our modern condition: the disconnection wrought by the age of hyperconnectivity. Most often his paintings depict a single, solitary figure in the most paired down settings: a slab to indicate a table, a blue square to simulate a window. Sometimes another figure appears but never do two pairs of eyes truly meet, never does anything that resembles connection resolve between the figures. Toscani draws out the emotional life of his subjects to create a mood so pervasive it becomes a kind of ambiance you could cut with a knife.

The blank faces of his figures call to mind the vacuous expressions of Modigiliani’s subjects and in his treatment of the body, in which limbs are geometricized to long tubular volumes, Toscani recalls Bauhaus master Oskar Schlemmer’s paintings (i.e. ‘Bauhaus Stairway’, 1932)—or even his famous Triadic Ballet—in which bodies are rendered as a series of modular geometric parts. Another 20th century figure looms large here: Picasso, namely the paintings of his classical period.” Take ‘The Pipes of Pan’ (1923), for instance. Toscani shares in the palette—brilliant blues and sandy hues—and rotund modeling and robustness of the bodies of many of Picasso’s paintings of the period. Notice also the reminiscently stark setting: sharp planes against swaths of sky.

Art historical resonances aside, Toscani’s subject matter is entirely contemporary—even futuristic. In a recent interview with Juxtapoz magazine the artist remarked: “Our current state of melancholy and apathy is my biggest influence.” Of the shrunken heads in his paintings, he explained that this formal conceit brought on by the effects of the pandemic. “People started using their awareness a lot less and their bodies a lot more because they still had to go on doing normal things in their everyday life, like going to the bathroom, eating, working, and sleeping. So, to me, it's kind of like human evolution in 2000 years, what we would all end up looking like,” he says.

Toscani’s figures sit heavy in these paintings, achingly earth-bound as if sentenced to live here in chronic isolation and angst. He is particularly adept at conveying weight—psychic, emotional and physical weight. In ‘The Monument’ (2022), two figures regard one of their own: a woman whose proportions have grown to such an extreme that her corpulence melds with the landmass behind her. Upending the tradition of monuments—sculptural objects that commemorate heroic acts—here the figure props her head up with her hand lazily, sleepily. Toscani has erected a monument in praise of boredom, a consecration of the everyday. —Danny Kopel